View footage of the 2008 Jerabek Memorial Challenge at the bottom of the page...

The atmosphere in the park where the race took place was electric. Music played as folks enjoyed the decked-out vehicles with custom paint jobs. There was a semi truck honoring Vietnam Veterans, a racecar honoring fallen service members, a Marine Corps pace vehicle, a red convertible with the USMC emblem on it, a recruiting humvee, and of course, all of the "Rolling Thunder" motorcycles.

There were many Marines & poolees who ran the race in formation. It was wonderful to hear those boots stomping and deep voices calling cadence. Skydivers dropped into the park as the national anthem was sung prior to the start of the race.

Gold Star father Ken Jerabek was at the finish line to congratulate each finisher and the race volunteers did an awesome job of keeping the participants happy and comfortable. They even handed out cool wet towels at the end to provide a little refreshment, which was a nice touch and very much appreciated by the runners and walkers alike! The post race snacks were great — fresh fruit, muffins, bagels, and ice cream!!

Our team grabbed some snacks and took up a pretty large chunk of the bleachers. I don't think there was a dry eye around as the Gold Star families in attendance introduced themselves. It was very emotional as the crowd stood when they played Billy Ray Cyrus's "Some Gave All". By this time, it was sunny and there was a beautiful blue sky. The Patriot Guard Riders stood with their flags waving in the breeze. It was peaceful, solemn, and, yet, it was a very heavy moment as we realized that on this beautiful day there were so many families with a huge hole in their lives that can never be replaced. It is so important for us to remember these sacrifices.

Winners of each age group were congratulated by the Jerabek family and awarded a very special medal with a quote from Private First Class Ryan Jerabek.

There was a break between events, so a few team members went to visit the Green Bay Packers training camp. Local kids rode their bikes to the stadium, then the players selected a bike to ride to the practice field across the street to sign autographs for the fans waiting there. It was a huge thrill for the kids to be able to carry the helmets, gloves, and gear for their favorite players. It was quite amusing to see the larger-than-life players up close in full gear on the children's bikes. The players were HUGE!

At the conclusion of the day we had a potluck picnic, along with the Jerabek Memorial Challenge volunteers. The potluck dishes were incredible and the grill master did a fantastic job cooking up hamburgers and brats for this hungry crew. Gold Star mom Rita Jerabek enjoyed watching her boys and their friends playing volleyball while enjoying pie and coffee. She told us that, "This was a nice way to let the day slip away" and we couldn't have agreed more.

The day provided a wonderful opportunity for our Marine families to connect and share with one another. One team member, Reverend Ron Beabout, said a prayer prior to everyone departing. We gave thanks for the day, the food, the fellowship, and for our servicemen and women who so selflessly sacrifice their time and safety in service to our country. With that, we parted ways with full stomachs and happy souls and made a commitment to participate again next year. 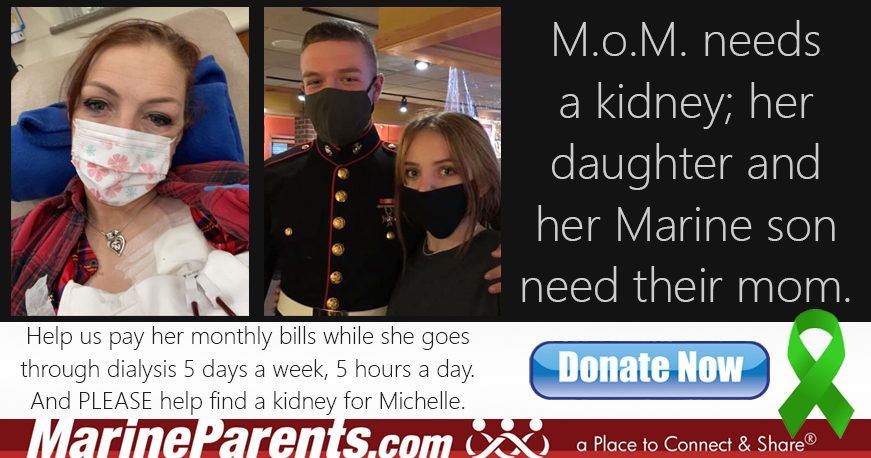