Marine Parents Staff Walk in Memory of Fallen from MarineParents.com: A Place to Connect & Share™

The staff of Marine Parents formed their very own team to participate in Team Marine Parents™ and to accomplish a two-part mission.

We're pleased to report the Marine Parents staff completed their mission. Saturday, May 8, 2010, they presented a check for just over $500 to Gold Star Mother Sandy Deraps for her son's scholarship foundation.

Shortly thereafter, the day's memorial event kicked off with a humble ceremony that surely moved all in attendance.

Nearly 400 participants came out that morning to honor and remember not only LCpl Leon Deraps, but all Fallen Heroes from each of our nation's conflicts. Attendees included Marines from the University of Missouri, Marine veterans, Patriot Guard Riders, members of Leon's family, and members of many other Marine families.

The scenic route of the 5 mile run/walk/ride offered breathtaking views of rural Missouri and one gentleman chose to cover the route riding a horse, rather than a bike, which added even more flavor to the day's event.

The Marine Parents staff was honored to join in such an important and moving event and they emphatically express their commitment to attend again next year. 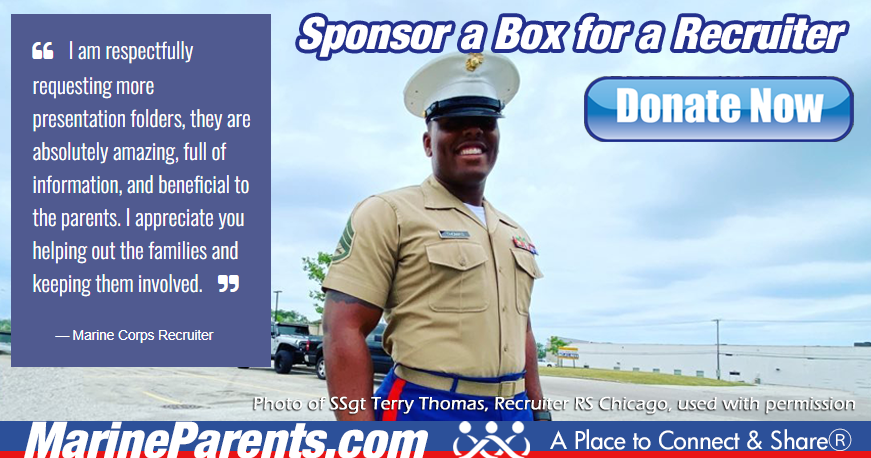