It's estimated that 1 out of every 5 service members from OIF/OEF suffers from PTSD. And here's why the Founder of MarineParents.com, Tracy Della Vecchia, will be pulling this adorable bulldog in a wagon for her virtual event.

I hope you'll read my story and register for our virtual run.

My Marine son did three combat deployments during his four years in the Corps between 2001-2005. When he left the Marine Corps, he was diagnosed with PTSD, Post Traumatic Stress Disorder. It's estimated that 1 out of every 5 service members from OIF/OEF suffers from PTSD.

We bought my son a bulldog to be his buddy and companion during those years of isolation and hurt. In true Marine form, he named the bulldog "Choder" and he was my son's reason to get up every day...because Choder needed him and he needed Choder.

I'm overweight and I'm out of shape. But I'm going to walk three miles one day between June 20-28 for the Marine Parents June Virtual Run to bring awareness to PTSD. Cami, this little bulldog who shares my birthday with me (FLAG DAY) will be my buddy. (I'll be pulling her in a wagon!) In honor of my son. In memory of Choder. But most importantly, to bring awareness to PTSD.

My Marine son, my daughter, and her 4 children will join us. If we can do this, so can you. Please register today; 100% of the proceeds benefit the outreach programs of Marine Parents. It's just $15. 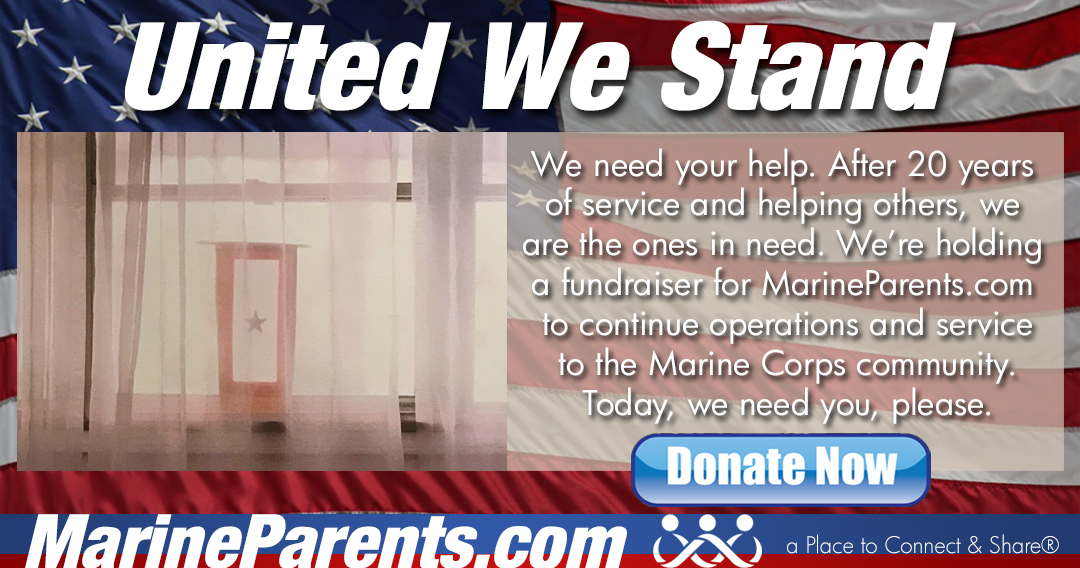